10 Downloadable New Orleans Icons to Spice Up Your Graphics

New Orleans is full of iconic attributes that make it unlike any place you've ever been. When I think of New Orleans, there are several features that stand out; there really is no other city like it in the world. These colorful graphics are meant to be downloaded and enjoyed, click below to download svg, eps, jpg and png graphic formats.

During Carnival time (AKA King Cake Season) these colorful cakes can be found in stores across the city. Locals know their favorite brands and look forward to them each year. Whomever gets the slice with a plastic baby baked in is said to have luck and prosperity the following year (and has to buy the next one)!

New Orleans is known for its architecture. From modest shotgun houses to grand townhouses, New Orleans' sense of color and artistry transform its buildings into visual treats. Take a walk around town, it's just something you need to experience!

Although they can be found in coastal cities around the world, in NOLA, gulf oysters are their own food group. Enjoy them fried, grilled, baked, raw and everything in between.

Found draped in the trees and on structures all around town, beaded necklaces tossed from Mardi Gras floats are a staple of New Orleans life.

The birthplace of jazz, New Orleans is known around the world for its musicians and live music scene. Live brass bands with trumpet, trombone and tuba players are something you won't be able to avoid, but why would you want to?

Brought to New Orleans in the 18th century by French colonists, these fried treats are dusted with powdered sugar and can be famously found at Cafe du Monde as well as many spots around town.

The fleur-de-lis is a symbol that is deeply ingrained in Louisiana's history. Seen in architecture, the state flag and on the helmets of the Saints, it's everywhere.

Similar to a snow cone or shaved ice, a New Orleans sno-ball is a customizable hot-season treat topped with flavored syrup, add-ons and mix-ins. Unique flavors like bananas foster, praline pecan, king cake and others can be found across the city.

Crawfish are in season in the spring, with the peak months being March, April and May. This is when you will find crawfish boils around town and at local markets.

Charming New Orleans streetcars (not trolleys!) are a scenic and affordable way to get around the city. Five distinct lines, each originating downtown, will take you through the French Quarter, Uptown, and beyond. 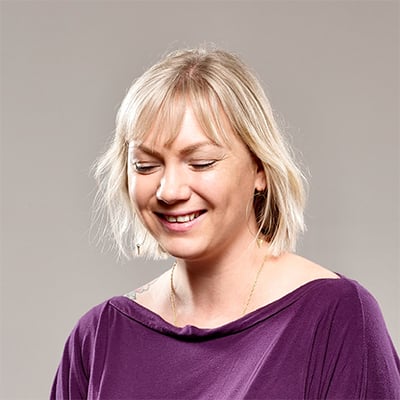 Written by Amanda Kaay
Design, illustrator, animator, these are just some of the hats I wear around here. I've painted since childhood and my lifelong passion for visual arts has never been stronger.